Recently, I took my first ever trip to Little Rock, Arkansas. And I was excited. Not for the Bill and Hillary Clinton aspect. Not even because it was my first time. But it was because I knew that it 1957, nine students were a part of history in desegregating schools here in the “United” States.And when I tell you that I almost broke down… It was real. I was literally walking on the same streets where hundreds to thousands were shouting and berating young students of color for wanting an education. The school in all its glory still stands of course, but across the street is a visitors center where they have a tour and museum of the story. There’s some detailed videos of just how much those kids endured and just how much they willingly suffered at such a tender age. In one video I vividly remember one of the ladies mentioning that at the black school they had a class called laundry because it would prepare them to be someone’s maid, whereas none of the other schools taught that. And the only thing they ever wanted was a good education..

And it got me to thinking… These nine young people suffered injustice for education.. Do we really take full advantage of our education anymore? Or do enough just to get by? I for one know that my ‘Mama Rose’ did not play that. You go to school to learn and to make something of yourself. You gain the tools necessary to advance yourself through life. And it makes me want to advocate that to younger generations. It’s so sad to see so many young people fighting in school or talking back to adults. Every single time I see a video pop up on my social media, I cringe at the way so many battles for this same education has evolved to. For every one video I see of learning there’s almost ten of the opposite occurring.

I know most young people aren’t like that, but as I walked through that auditorium I continuously pondered to myself- had I valued my education enough for what they experienced? Did I expound on my vocabulary, learn enough history, delved into the subjects enough to immerse myself fully of all the information that was available to me? Granted I was in all Honors and AP courses, yet the capacity to do more was there. So I urge young people to take advantage of everything that they are able to learn. Stop being content with the elementary things and learn as much as possible. Stop allowing there to continuously be a gap in what other races are learning. Be a part of the many young women of color (brown of all shades) that are going to college and being successful in their lives- poised, beautiful, and educated.

I admonish this to my sister all the time to keep the legacy going.. Make good grades, be respectful to teachers and to not think that school is just a game.. It’s the time your brain thrives on learning languages, mathematics, etc.. But I will encourage her more. And the same with all youth. Nothing sat more deep within my soul than seeing those individuals as the were older- they spoke eloquently with a vast vocabulary, they were all successful in their own rights and had taken value from the sacrifices they made. Because there was a time when those of Native American, Hispanic or African American descent weren’t included as people in the Constitution and had no rights. And now that we do (I will use that as loosely as possible considering the way society is currently) take advantage of the opportunities you have. All those students wanted was to fairly have a good education and to be well-rounded in learning studies, etiquette, dancing of all kinds and more and not limit themselves to the endless possibilities in front of them.. I hope some of you can visit there someday and be inspired to have the same goals. 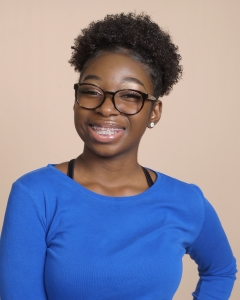 GET SOCIAL WITH MRG